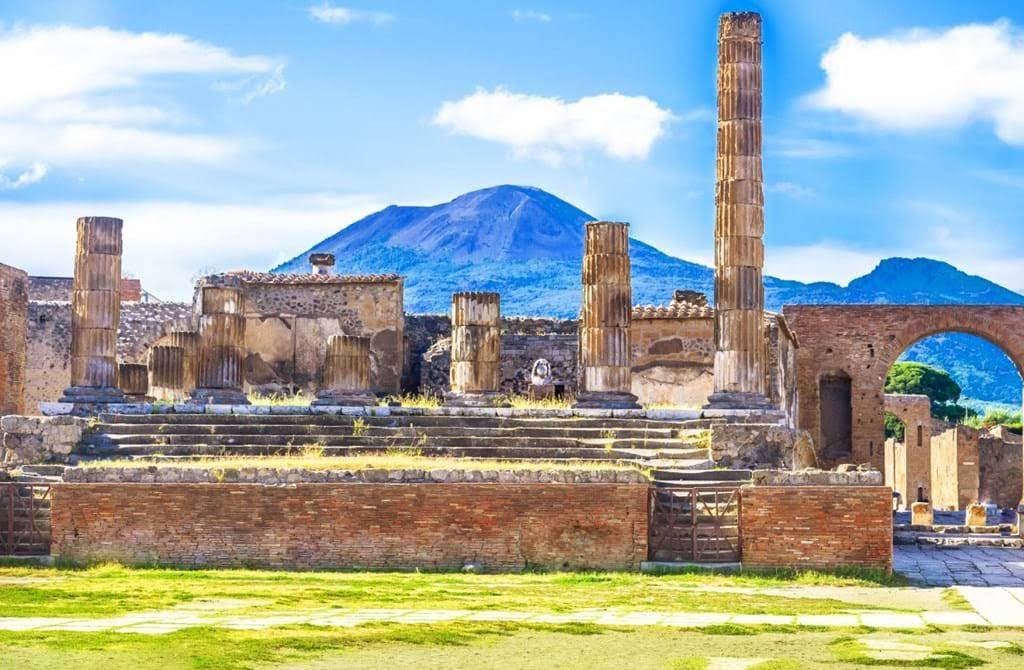 Rome is about a three hour drive from the Amalfi Coast. We made several interesting stops along the way. The first was in Pompeii, where we enjoyed a brief tour of the excavated city that was buried over 1,000 years ago when Vesuvius erupted. It would take days to truly explore this fascinating site. We also stopped in at the  Commonwealth Military Cemetery in Cassino, where one of our fellow travelers, Steve from Australia, scattered some of his father’s ashes, commemorating his service in the fight for Italy during WWII, which resulted in the destruction of the famed Abby of Monte Cassino,  where St. Benedict developed the the rules that would guide the development of Western monasticism.  We traveled on to Rome, visiting the Spanish Steps before enjoying one of the best meals of the trip at Il Giardino di Albnino.

Photos from the Day